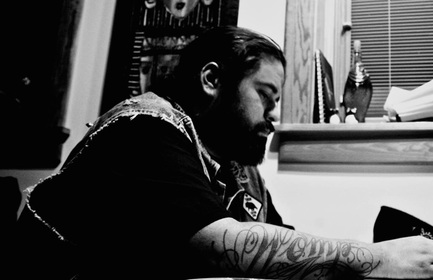 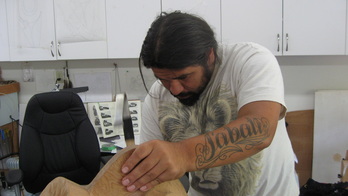 Visual Artist, Traditional Tattoo Practitioner & Music Producer from the Eagle Clan of the Heiltsuk Nation, Waglisla (Bella Bella). Dean under went a formal 5 year apprenticeship with his father Bradley Hunt and Older brother Shawn Hunt, where he learned the skills of Heiltsuk carving and design. He uses the tools his ancestors fought to hold onto through times of hardship and oppression, not only in his more traditional art practices, but also in his contemporary use of sound. Dean studied Studio Engineering and Music Production at Columbia Academy in Vancouver, and has applied his skills as a music producer and DJ with the audio-visual collectives Skookum Sound System & See Monsters. Dean also completed a four week artist intensive at Earthline Tattoo Residency in Kelowna with teacher Dion Kazsas (Nlaka'pamux Nation), where he learned traditional hand poke and skin stitch tattoo techniques.


The Vancouver Art Gallery "Shore,Forest, and Beyond: Art from the Michael Audain Collection"


Some notable audio-visual performances include:

"2 Worlds: Indigenous Media and Performance Festival" in Victoria BC.